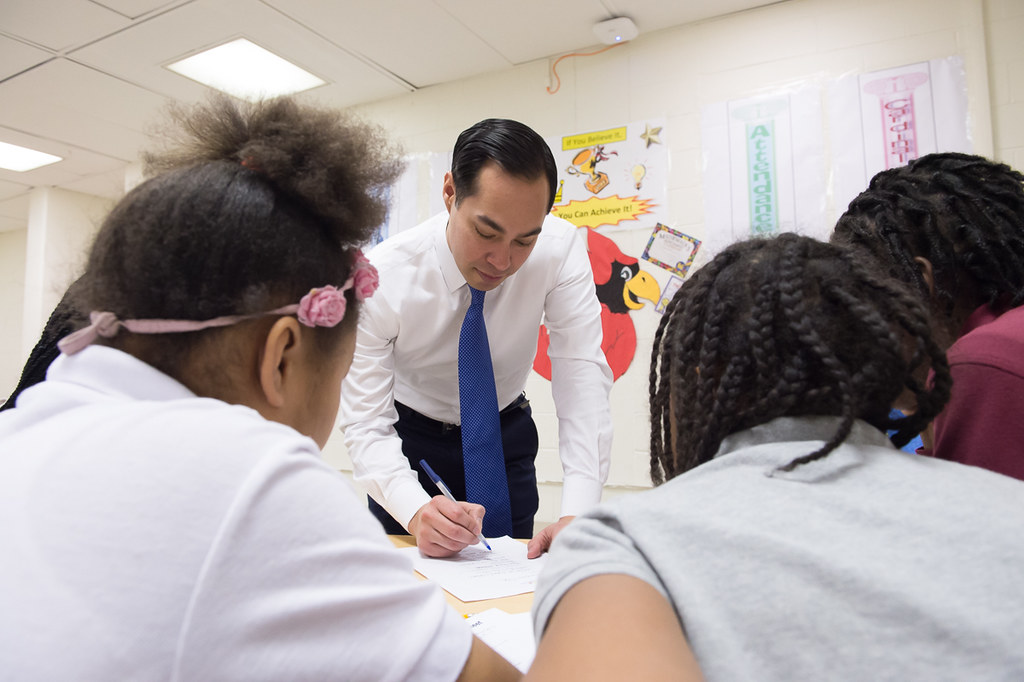 Courtesy of Community ONE

The Community ONE 2014-2015 school year was one for the books!  Now that summer is upon us, we thought it would be a good idea to take a look back at some of our most memorable sessions.

At one of our favorite events, students at J.O. Wilson Elementary School had the honor of interacting with the Secretary of the Department of Housing and Urban Development, Julian Castro.  Secretary Castro told his story of growing up in Texas, where he and his twin brother came from humble beginnings.  The two were the first in their family to attend college.  To teach the students about his role in the administration, Castro asked the students to build communities, choosing what businesses and establishments they wanted to inhabit.  The Secretary then approved and signed off on communities- some of which included police stations, hospitals with free health care, and grocery stores.

At another outstanding event, Jim Shelton III, the former Deputy Secretary of the Department of Education, shared his experiences with students at J.O. Wilson.  Shelton explained that a large portion of his work as Deputy Secretary was to make policy decisions with senior staff at the Department of Education.  When asked “what is the hardest part of your job?” he took a deep breath and answered that it was when people advocated against his decisions and the media covered the controversy.  As an activity, the students were divided into groups and given specific policies to discuss among themselves. They then had to convince their fellow colleagues to choose their policy.

The above are just two examples of the great speakers we welcomed this year.  Other notable guests include the following:

In addition, this year we received national attention! Community ONE  was selected by National Geographic as part of their “Killing with Kindness” campaign.  During the special showing of “Killing Jesus”, the channel highlighted non-profits that were dedicated to showing others kindness everyday. Thanks NatGeo!

Community ONE has served successfully in schools for two years. Our mission is to expose kids to interesting careers and we are proud of our progress this year:

We would like to thank all of our speakers and students for their participation over the past several months.  We look forward to learning and making more memories in the upcoming year! If  you are interested in learning more about volunteering with Community ONE or making a donation, please visit our website at www.communityone.org.