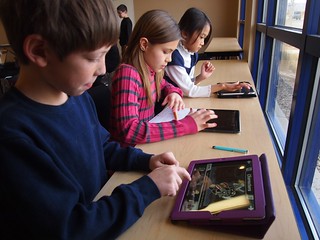 This month we are pleased to honor Heather Raspberry as our Star of the Month!  Heather has extensive experience in her field, as well as a huge heart for her community.  She was appointed Executive Director of The Housing Association of Nonprofit Developers (HAND) in March of 2012. Prior to joining HAND,  Heather held leadership positions within the marketing and communications area in the public, private and nonprofit sectors for ten years.

Most recently she worked for Enterprise Community Partners, Inc. where she developed and executed national and regional public relations campaigns that advanced the business and philanthropic priorities of the organization and its subsidiaries.

In 2009, Heather was selected by the District of Columbia Family Court as a court appointed special advocate (CASA) and trained to represent the best interest of youth in foster care; and in 2012, she received CASA’s Volunteer of the Year Award. She was recognized by the Coalition for Nonprofit Housing & Economic Development in 2013 as a Rising Leader in Community Development; tapped to participate in the 2013 NTL Institute’s Leaders of Color Program; and received Affordable Housing Finance’s Young Leader award in 2014. Heather’s other engagements include co-founding the No Murders Project; administrator to the Saturday Leadership Academy for the 100 Black Men of Greater Washington, D.C.; sitting on the program committee of the Virginia Housing Coalition, Bank of America’s Neighborhood Builders Selection Committee and the BB&T CRA Steering Committee.  Heather holds a dual bachelor’s degree in public relations and business management from Hampton University.

You can see more about HAND here. 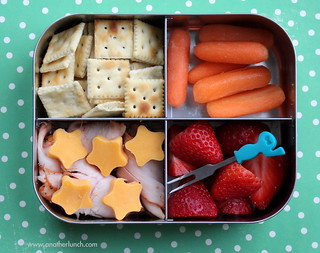 Currently, 6 to 9 percent of all households do not have access to healthy food and 30 million people in the United States live further than one mile (10 miles in non-metropolitan areas) from a large grocery store.’

Did you know there is a food desert problem in the US?  Food deserts-not to be confused with desserts- are defined as ‘parts of the country vapid of fresh fruit, vegetables, and other healthful whole foods, usually found in impoverished areas,’ according to the American Nutrition Association.  The ANA goes on to say that these deserts usually exist because of a lack of grocery stores, farmers markets, and the like.   It may be difficult to imagine a world in which the grocery store or your local farmer’s market is more than a few minutes from your home, but the reality is that countless families are living in areas that have no grocery store in sight, but instead fast food, quickie marts, and other places that only carry processed, and sugary foods.  In fact, a recent report by Enterprise Community Partners tells us that ‘currently, 6 to 9 percent of all households do not have access to healthy food and 30 million people in the United States live further than one mile (10 miles in non-metropolitan areas) from a large grocery store.’  This lack of nutritious options plays a direct role in the food that shows up on the dinner table, and the lunches that your child takes with him or her to school.

What’s being done to address this problem? Initiatives like the Arcadia Mobile Market in DC, and Beaumont, Texas’ Get Fresh Beaumont are popping up all over the country to bring fresh, healthy foods to low-income communities and places that aren’t located in proximity to a large food provider or farmer’s market.  It’s important that these foods translate into healthy lunches for students.  So to take it a step further, we have (with the help of Pinterest) rounded up a few examples of good-for-you options that your kids can take with them to school.

#1 Sandwich Kabobs:  A kid-friendly take on the traditional kabob, you can see more on this lunch here.

#2 Fiesta!:  To change it up a little from the normal PB&J, this Mexican-themed lunch will make all your child’s classmates jealous!

#3 Homemade Spaghettios:  You can’t go wrong with this healthier take on a classic, paired with some fruits and veggies on the side.

#4 Turkey/Provolone/Lettuce Roll Up:  Wrap it up!  This lunch is a win-win for your student.

#5 Baked Chicken Fingers:  ‘I don’t like chicken fingers,’ said no kid ever!  You don’t have to feel guilty about this baked version, and your child will love them too!

Community ONE believes that students can excel at whatever they put their mind to, but it starts at home.  Happy, healthy students will be more successful in and outside of the classroom.  These lunches are just one step you can take to ensure that your child is prepared to excel in everything he or she does.

With this summer’s success of Jackie Robinson West and Mo’ne Davis, kids in sports have been in the spotlight.  Both the team and Davis remind us why it’s important for all kids to be involved in sports and/or some sort of physical activity.

The ability to work on a team is a skill that will literally follow a child throughout their entire life- from grade school all the way through their adult career.  Fostering this at an early age is crucial.  Families.com tells us that kids who play sports ‘quickly learn that they have to work together as a team to win the game.’  Getting your child on a sports team is getting a head start on this important life lesson.

Team sports and activities allow children to also learn about setting goals and achieving them.  It may be a goal to try out and make the team at first, and then eventually it could be to ‘start’ in the game, or to improve upon a certain skill.  Setting and achieving goals not only instills a sense of discipline in a child, but also the value of hard work.  Once those goals become realities, children are also able to feel a sense of fulfillment.

These days, it’s not just enough to be a student.  College admissions offices are looking for several components in their applicants, according to this article, one of which is an ‘angled’ student, or someone that has a few specific passions, rather than the traditionally ‘well-rounded’ student that dabbles in several different activities.  Once a child can hone in on those interests, it will be easier for him or her to devote attention to, and excel in the corresponding sports or activities.

Obesity can lead to several serious health issues if it’s not addressed.  Kids that are involved in sports are getting regular exercise, and paired with a healthy diet, that makes for a person who will most likely maintain a healthy lifestyle throughout their adulthood.

Another benefit of sports is leadership skills.  Serving as a captain is great experience, and serves as invaluable practice for leading a group of your peers.  As a team leader, a child learns how to communicate with, listen to, and motivate others, which later in life may translate into duties as a CEO of an organization.  In fact, this survey of Executive Vice President-level professionals at 75 Fortune 500 companies found that 95% of them played sports in high school.

There are tons of other reasons why kids should play sports, but we hope these are enough to inspire you.  Make sure your child is involved on a team, and they will thank you later!

Daniel Shannon Star of the Month

Daniel Shannon is a motivational speaker, a hope dealer, and most importantly a visionary. Daniel has faced and overcome many challenges in life but has always had a vision which has driven him to success. Daniel now uses his platform to inspire others to identify the vision in themselves, recognize their power over their own future, and encourage them to achieve greatness! Community ONE teaches children to reach for the stars and our star, Daniel Shannon, portrays a positive image and a great example of what children can hope to achieve.

We are honored to make Daniel Shannon our Star Of The Month!